Atmospheric Perspective – Creating Mood And Feeling In The Landscape (Get free painting tips and techniques sent straight to your inbox or on my social media.)

What Is Atmospheric Perspective? Atmospheric perspective refers to the effect the atmosphere has on the appearance of objects when you look at them from a distance. You see objects further back into the distance less clearly and their color changes in value, saturation and hue. As an artist you can increase the mood and feeling in your work by exaggerating these effects in your painting. This creates a greater illusion of depth and distance and helps to establish the mood and feeling of the landscape. When you are painting landscapes this mood and feeling is an essential part of its Visual Poetry. Atmospheric perspective is also called aerial perspective.

What is the difference between linear perspective and atmospheric perspective?

In the photograph above, you can see that the hills further away become progressively lighter and grayer. The intense reds and oranges of the foreground rocks become duller in the distant hills. These effects are due to the effects of atmospheric perspective.

As the distance between you and an object increases:

Changes In Saturation Due To Atmospheric Perspective

In this painting of a street in Venice, you can see how I used grayer colors to depict the distant buildings, compared with the much more saturated colors I used in the foreground figures.

These figures in the foreground are painted with vivid high saturation colors. These reds and violets are used straight from the tube with very little mixing.

Changes In Value Due To Atmospheric Perspective

In the foreground you see darker values and there is a greater contrast between the light and dark shapes.

In the distance the darks become lighter and there is less contrast between the lights and darks.

Changes In Hue Due To Atmospheric Perspective

The third change you see in objects as they move further away from you is in their hue, or color. The colors of objects change by moving across the spectrum, or around the color wheel. If you consider the three primary colors: red, yellow, and blue, each of them drops out of the landscape at different distances. The first color to drop out is yellow, then red, and finally blue.

In this painting you can see bright oranges, pinks, and yellow greens in the foreground. These colors give way to red violets in the middle distance, as the yellow hue disappears from the landscape. Finally in the far distance, the red violets turn to blue violets and blues, as the red hue drops out of the landscape colors.

Here you can see the systematic changes in color from the areas that are closer to you, compared with those further away from you.

Effects At Sunrise And Sunset

The mountains in the distance are redder because they reflect the warm light from the sunset sky.

History Of Atmospheric Perspective In Art

The concepts of atmospheric perspective have a long history. It was used in fresco painting in ancient Rome. For example, here are two frescoes created as early as 30 BCE.

In this Garden Room Fresco from the Villa of Livia in Prima Porta, Italy you can see the warm greens in the foreground, and cooler blue greens in the background.

Here you can see the use of light ink washes to suggest distant hills.

Later artists advanced these techniques to give paintings more realism and convey the poetry of the landscape. Here you can see the steady transition of value from darks in the foreground to lighter grays in the distant hills.

The Optical Science Behind Atmospheric Perspective

In daylight, the color of objects in the distance appears to change because the light in the atmosphere becomes dispersed. As light strikes individual air molecules, water vapor, smoke, and other air pollutants, it scatters in multiple directions. The scattered light interferes with the light reflected directly from the object. This reduces the contrast between the object and the atmosphere around it (lit by the light of the sky). Blue light, which has a short wavelength, is scattered more than other colors with a longer wavelength. This is why the sky usually appears blue and why distant objects appear bluer than those close to the viewer.

Another type of scattering is caused by the oscillating electric polarization of light particles, called Rayleigh scattering. As light passes through the earth’s atmosphere, the shorter wavelengths (blues and greens) are scattered, which creates the blue color in the sky overhead. However, when the sun is low near the horizon where the atmosphere between the sun and the
viewer is much denser, the longer wavelengths of red and orange are able to pierce the atmosphere surrounding the light source when the scattered shorter wavelengths cannot. This is why the sky appears redder at the horizon at sunrise and sunset even when the sun itself is not visible.

This same effect takes place around self-luminous objects, as well, such as a lightbulb at night. The longer wavelengths are more apparent directly around the light source but quickly disperse and become cooler in color as they move away into the surrounding atmosphere. This dispersion reduces the color contrast with their darker background.

Why is atmospheric perspective important?

Atmospheric perspective (sometimes called aerial perspective) is important because without it your paintings will appear as if they have no depth to them. It is an essential part of the mood of any landscape painting.

What are two types of perspective?

Atmospheric perspective (or aerial perspective) affects three properties of color. It affects the hue (what we normally think of as color), the value (how light or dark something is) and the color saturation (how intense or colorful an object is).

How do you achieve atmospheric perspective?

You can simulate the effects of atmospheric perspective by using grayer and more neutral color in the distance, and by mixing more blue into those objects further away. Keep the value contrast higher for objects in the foreground, and lower in the background.

Atmospheric perspective is caused by the scattering of light air molecules and by particles in the air. The more the light is scattered between an object and the viewer’s eye, the hazier the object will appear. And because blue light is scattered more than other wave lengths, objects farther away appear bluer than objects closer to the viewer.

Thank you for taking the time to read this article. Please feel free to share it with friends. If you are interested in a structured approach for learning how to paint, take a look at my online painting classes.

What The Students Are Saying 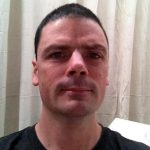 The course is working great, the lessons are set out so well that every week I can see growth. In following the program it’s given me direction, and the information in the lesson plans are of a professional level. There is no way I would have tracked down the information by myself, and being in… Read more “The course has a steady learning curve that keeps revealing itself as you advance”

Building blocks of learning is the best I have seen 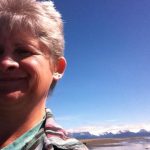 I have been a student of VAA since 2011. I had been searching for an online art program that could assist in helping me develop as an artist. VAA is a complete program for beginners as well as advanced students of art. The course is well structured and takes you step by step so you… Read more “The improvement in my own work reaffirms that I’ve found the right program to develop as an artist”

The most comprehensive, in depth and well-organized painting course available online 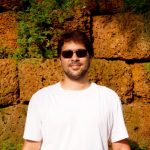 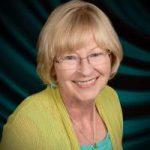 In the last couple of years, I took online painting courses and in-studio classes adding to my university courses from many years ago. After researching Anders Ericsson learning systems and Ultralearning, I was struggling to design my own painting learning plan. Then I discovered the VAA and with the endorsement from Richard Robinson, I jumped… Read more “First quality education, materials, layered learning systems, feedback loop and social support and lifelong learning – amazing”

The small steps are easy to do I am extremely impressed with the process that Barry has developed for VAA.  Learning to paint can be intimidating, but when broken into many small projects it is very do-able.  I just did my first live model painting session- a 5 hour, one day session.  Thanks to VAA, I was able to break the painting… Read more “The small steps are easy to do” 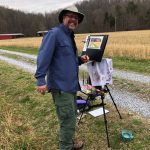 Before repurposing my vocation into avocation, I spent 20 years in the corporate world as an instructional designer and performance consultant creating training curricula for diverse clientele from NASA to General Motors. I know curriculum development and how to guide a learner from beginning to certification. VAA is the only online learning program I have… Read more “Only online learning program I have ever discovered using a training industry best practice”

I started learning oil painting with VAA from scratch. Just one year later my paintings started to sell 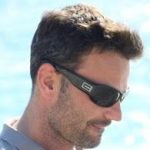 The Virtual Art Academy program is really comprehensive and gave me all the information and directives to learn painting in one package. The material is very well organized, just beautiful to look at and motivating to carry through. The online campus is a wonderful place to meet other artists and receive critical feedback on my… Read more “I started learning oil painting with VAA from scratch. Just one year later my paintings started to sell” 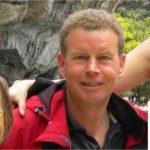 The questions you ask yourself are,”Will it be worth the cost?” and “Will it be truly useful?”. After a couple of weeks working on/in Virtual Art Academy®, I can say that the amount of work it represents – by Barry – is incredible! The information presented alone is more than worth the price and, yes,… Read more “It is a real course that trains you in a structured way”